Granblue Fantasy Game is a Japanese video game first released on March 10, 2014, by Cygames Inc. It is a captivating role-playing game set in a mysterious world of islands floating in the skies- a place abandoned by the gods. The citizens of this strange world are called Skydwellers. The story of the game is that a long time ago, strange creatures called Astrals tried to capture the island but the Skydwellers successfully stopped the invasion and lived peacefully afterward. Presently, the hero of the story embarks on a journey after receiving a letter from his father. Despite objections from the mysterious family creature named Vyrn- a winged lizard, our hero leaves his home-island of Zinkenstill which is being attacked by the Erste Empire. The hero coincidentally meets a girl named Lyra who has escaped the Empire.

How does the Game work?

As mentioned earlier, Granblue Fantasy Game is a role-playing game that works on a turn-wise battle. Your character can summon another character to attack your opponent, use special powers to crush the opponent or heal itself. It works on a class system meaning after fulfilling certain requirements( for example, completing some required number of levels). You can choose certain classes that define the character’s moves and growth. You earn points and in-game currencies which you can use to buy weapons. Your level increases with experience.

The Granblue Fantasy Game is available on various platforms including Android, iOS, Chrome Web Store and PlayStation. Although the Granblue Fantasy app could be downloaded from respective app stores depending on the device that the user is using. You can also download Granblue Fantasy apk from any site and then install it on your android device. It should work perfectly fine. 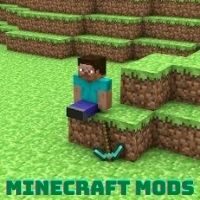